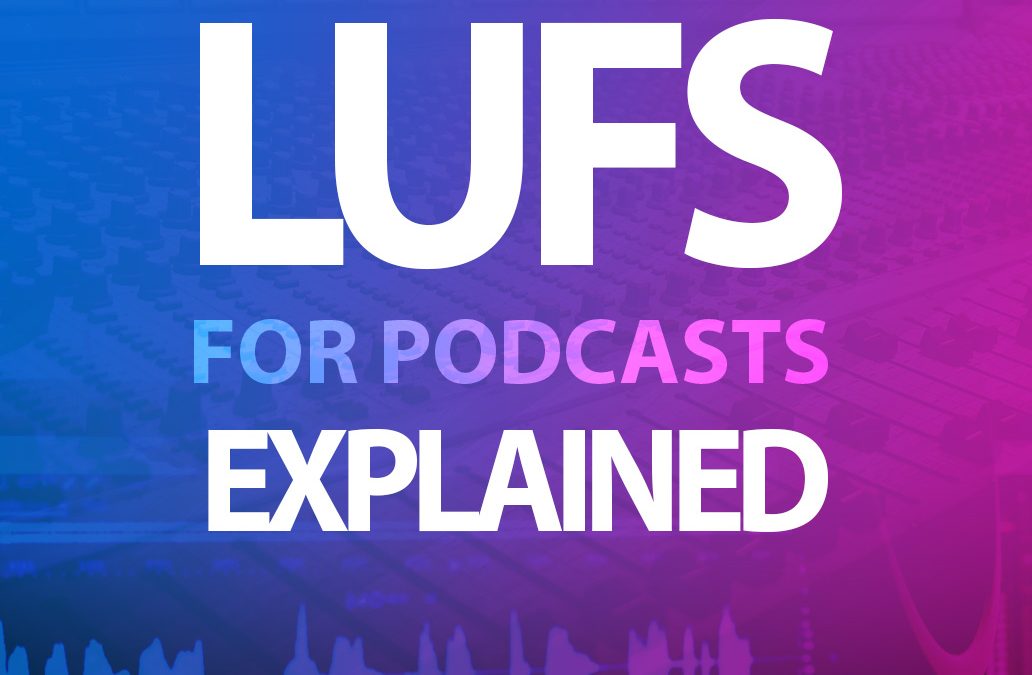 When I first transitioned from Radio Broadcast production into podcast production, I found myself running into the term LUFS and how it was the podcast industry standard. At this time, I had been producing audio for well over a decade and though I had many clients request my productions be at a certain volume, I had never heard the term LUFS. For those struggling with the same mystery, this article is for you. We will take a boiled down look at what the term LUFS means and why it is critical for your podcast today, and possibly required in the future.

LUFS, sometimes referred to as LKFS, means Loudness Units Relative to full scale. There are several articles about the technical meaning, but we’re not going there. Basically, LUFS is a process used in television, music, and now podcasts, to get the audio to be at a starndard volume or loudness.

Traditionally, audio engineers would measure the loudness of a recording by the “peak” or loudest part of the recording. So if your podcast is recorded at a level in which the loudest part is, say -3db, your audio recording software would show a loud volume level, almost in the red on your volume meter. So, that is your peak measure level, which is very different from your “LUFS” level.

Have you ever been watching a television show, when commercials come on, and the volume suddenly sounds too loud? This is most likely the result of no LUFS processing. To skip the technical explanation, just think of it like this. LUFS is the process of making audio sound the same volume level to the ear, and the standard LUFS level for podcasts is -16.

When, I first encountered this, I thought, “great, I’ll amplify the recording until its at -16 db. While this gets us to -16 db, it doesn’t equalize the volume perceptually like LUFS does. If we were to record two podcasts whose peaks measured at -16 db in our audio editor, one of the podcasts could end up sounding much louder. However, if we process both to -16 LUFS, they will sound almost exactly the same to our ear. We will not experience the need of having to lower or increase the volume when the podcast sounds too loud, or more often seen, too quiet. Podcast distributors are now highly recommending and in some cases requiring podcasts to meet this standard.

There are several ways you can get your podcast to hit -16 LUFS. Many premium recording softwares now include LUFS processing. It is now built into the latest version of Audition, as well as DAWs like Cubase and Presonus Studio One (Pro). However, if your recording software doesn’t have a tool for adjusting the LUFS you can download a plugin, like the Youlean Loudness Meter, to help you.